The Power to Persuade 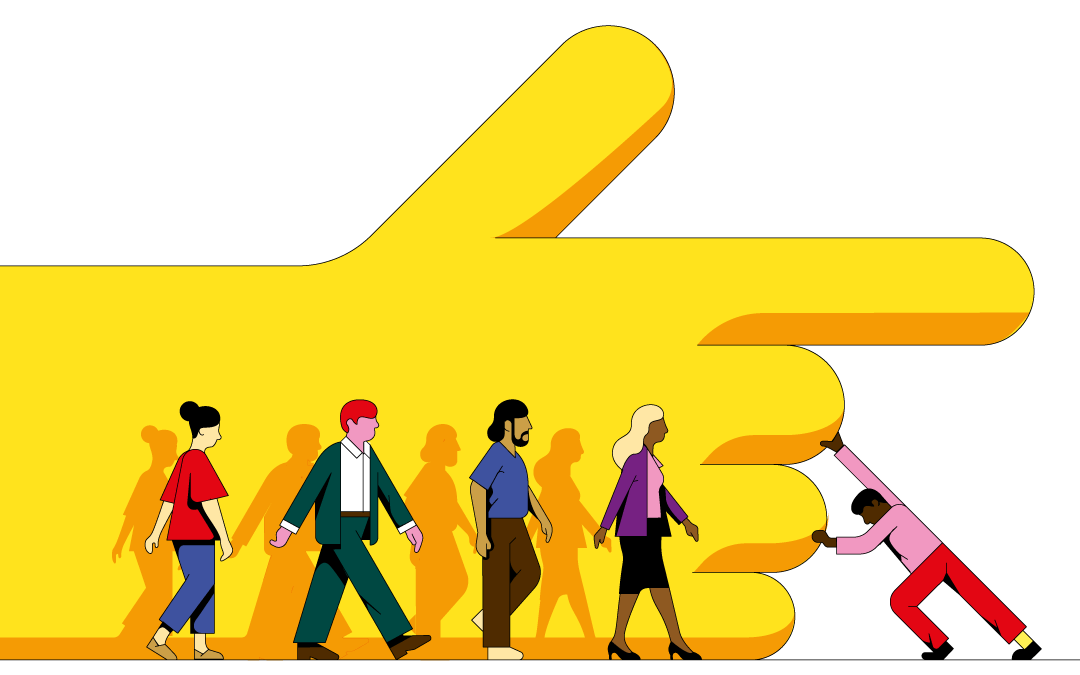 “A hallmark of wisdom is knowing when it’s time to abandon some of your most treasured tools, and some of the most cherished parts of your identity.” – Organizational psychologist Adam Grant, PhD

As a coach, I work with some really incredible people who have an amazing depth of wisdom. They rely on their knowledge, skills, experience, and intuition, and it serves them well. However, they will also be the first to tell you there have been times that they later regretted rejecting the opinions and ideas of others in favor of their own “less-wise” ideas.

When asked what caused that, some point to blind spots or hidden bias. Others confess to over-confidence or stubbornness: they wouldn’t listen to others and held fast to what they believed to be true.

This is not uncommon for leaders. After all, their intelligence and expertise has contributed to them being in positions of leadership. But, have you noticed how truly great leaders have the wisdom and courage to question their own convictions?

They do this with three key tactics:

Sounds simple enough, right. So why don’t we “just do it”?

Why We Believe Everything We Think

First, it’s easy to forget that we don’t know what we don’t know. Add to that how facts can quickly change, either through new data, discoveries, or perspectives; and what was once “right” may be outdated.

Second, as leaders it’s our job to persuade others to follow us and our ideas —our vision, our strategy, and our plans. And we can be very persuading even, unfortunately, if there is a better way or if we are wrong. We often don’t like to going against our instincts and preconceptions because doing so can impact how we see ourselves, and this can feel threatening.

Third, we are hard-wired to conserve mental energy. We learn something, and move on. In today’s highly competitive and fast-paced world, there is no time for second-guessing ourselves. As Adam Grant, PhD, writes in Think Again: The Power of Knowing What You Don’t Know (Viking, 2021), “questioning ourselves makes the world more unpredictable.” And most of us like certainty and predictability.

Finally, we, including those around us, often don’t know how to use persuasion effectively. One way to address the issue of believing everything we think is to practice ethical persuasion. I’ll dive into this in a future post.

The Power of Persuasion

“In a turbulent world, success depends not just on cognitive horsepower but also on cognitive flexibility. When leaders lack the wisdom to question their convictions, followers need the courage to persuade them to change their minds.” – Adam Grant

Even highly intelligent people are prone to unhealthy bias, which prevents them from changing their mind about a strongly held conviction. This stems, in part, from the way our brains categorize new information so that it can store and retrieve it later. However, when we do retrieve that information, we must take it solely on its perceived merits, but re-examine it, which can be very difficult. Doing so, though, causes us to search for reasons why we might be wrong (and adjust our understanding and convictions accordingly), rather than merely assuming (often subconsciously) that we are right.

Fortunately, as Grant writes in the Harvard Business Review (March-April 2021) article, “Persuading the Unpersuadable,” It is possible for know-it-alls to learn something new (or unlearn something), for the most stubborn to change course, the narcissistic to demonstrate empathy, and the contrarian to accept and support new or different information.

Rather than point out ignorance directly, ask the know-it-all to walk you through their thinking step-by-step. Depending on a person’s knowledge, understanding, and skill level, providing a detailed explanation of something can be a lesson in humility. There’s nothing like walking another person through something to help identify our own gaps. And it’s a great technique to overcome arrogance.

While narcissism involves arrogance, it can reach beyond attitude into action, including hostility and aggression. (We’ve all seen examples of narcissists putting down others in order to stand above them.) However, one of the myths of narcissism is that it’s caused by low self-esteem.

According to researchers, narcissism involves high, but unstable, self-esteem. Such that, when you appeal to their need to be admired with praise and respect, they feel more secure and open-minded. But as Grant suggests, how you make your appeal is critical.

“Don’t bury criticism between two compliments… narcissists are especially likely to ignore the criticism altogether,” advises Grant. Instead, offer praise for something unrelated to the topic.

For example, don’t pair a decision change request with a decision-making skill compliment. Rather, pair the request with genuine praise for other skills or attributes, like creativity or athleticism.

Another myth is that a narcissist possesses an inability to experience and demonstrate humility; but this is not always the case. So, draw on this understanding because when a person feels more secure, selfishness and aggression are reduced, and they can become more persuadable.

Effective Persuasion is a Process

We are living with a great deal of uncertainty and change, and yet we tend to expect people to act consistently from one situation to the next. The reality is that we respond to different scenarios with different personality traits and strengths.

Fortunately, even the most stubborn can be flexible, and the most disagreeable can be open-minded. Great managers and leaders pay attention to each situation and notice when and how people change their minds. Grant describes this as “predictable If…Then responses.”

In the 1970’s, researchers surveyed college students on their locus of control—the degree to which they believe that outcomes can be subject to their will, from internal (choice and effort) to external (luck or fate) and correlated it with their successes and failures. Predictably, those who scored higher on external control were more open to external persuasion. Those who scored higher on internal control were not persuaded by lighter arguments and moved in the opposite direction by forceful arguments.

To take advantage (in a good way) of these tendencies when people act stubbornly, ask open-ended questions to spark creativity, such as “What if…?” This can plant a seed or generate new ideas. Then, take a cue from Improvisation, encouraging “Yes, and…” thinking and conversation.

Disagreeableness, or argumentativeness, are common traits among those who are highly driven and competitive. They are energized by conflict and even relish a good fight. Smart leaders seek out those who are disagreeable and strive to ensure that they aren’t surrounded by “yes-people” who might cede control or authority to minimize the chances of conflict.

However, if you need to persuade someone when they are being highly disagreeable, be prepared to battle. If you urge them to back down, they’ll often double down. Regardless, they will want you to fight hard for your ideas; otherwise, they’re not likely to budge.

A rapidly changing world requires plenty of thinking and rethinking. To do so effectively requires cognitive flexibility and effective persuasion which in turn, requires the proper mindset and toolbox of skill sets. Understanding how you and others think can help you handle different situations better and to be more persuasive when that is appropriate.

Thanks to the good folks at Kashbox Coaching for contributing this article.